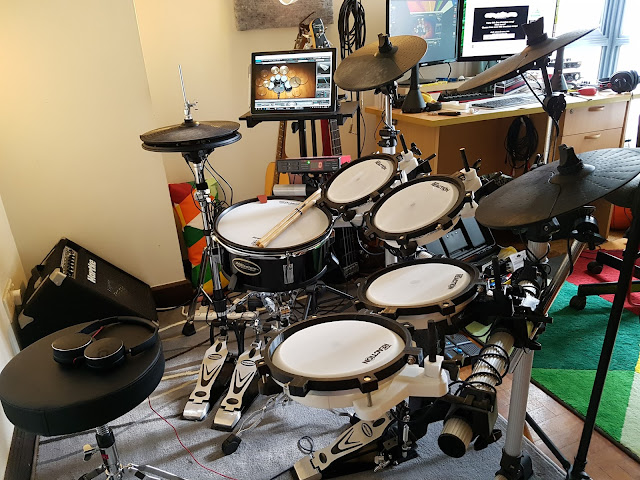 After playing my 3d printed drum-kit for a while, I started feeling a bit unsatisfied with some of the parts. I figured I needed a snare drum with a rim shot and a bigger pad area. Also, the hi-hats do not feel like a real hi-hat as it doesn't physically open or close. Very often, I always miss the tempo when opening and closing the hi-hats with just a foot switch. I also figured I would need a new Midi Trigger interface because I cannot just attach those new pads to my existing cheap Medeli drum module. I also expect the look would be a lot cooler with bigger cymbal pads. So, here's what I did.

I bought a Millennium Mesh Pad snare just before they discontinued the product Millenium PD-1012 12" Mesh Head Pad for only 66EUR. It's a cheap mesh pad snare. But I did not mind, because I was only interested in the shell. I replaced the head with a Roland V-Drum Powerply (it's a 3-ply). It's quite expensive but is worth it. I got all of them from Thomann online. I re-positioned the piezo sensor though in a way that a foam is pushing it a bit harder to the mesh head to increase sensitivity. Then I bought a $32 snare stand from Swee Lee.

I bought an Alesis Pro-X Hi-hat for 80 EUR and a Millenium hi-hat stand for 40EUR. Assembled the wiring and voila! I was a bit disappointed by the quality though. But what would you expect for a $100 hi-hats. 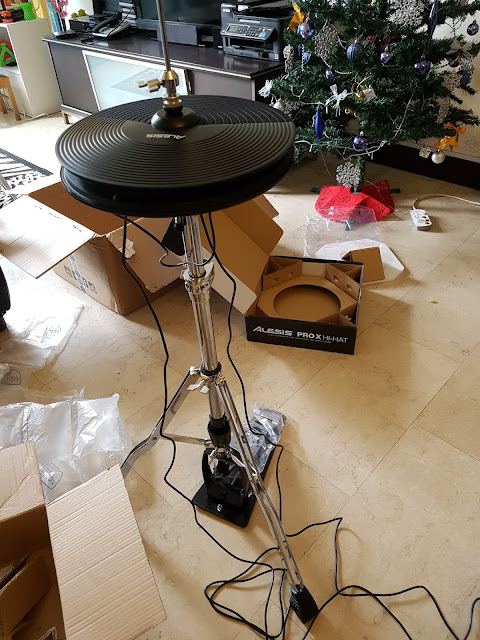 While looking for the famous Alesis Trigger I/O product online. I learned that the product was discontinued by Alesis and that they sold it to DDRUM. The same product is now known as DDRUM DDTi. I got mine from Thomann as well for 150 EUR. It's a bit expensive, I didn't have a choice because the only other product that does the same is MegaDrum and is more expensive. I also designed and 3D-printed a mounting plate so I could mount the trigger interface to the frame. 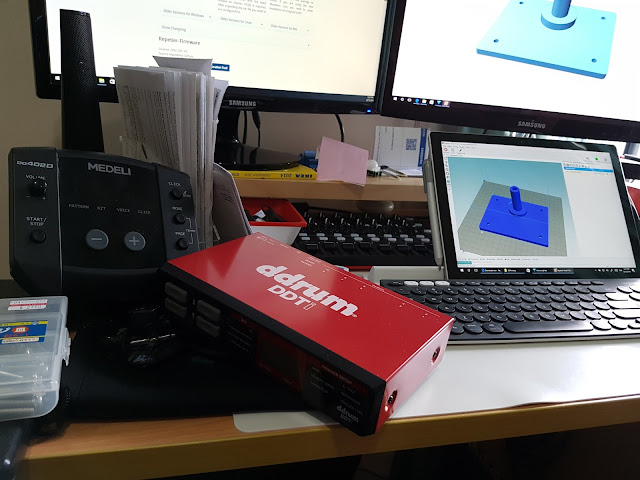 Having a bigger Snare and a bigger hi-hat (12"), I needed bigger cymbals. Otherwise it looks and feels weird. Luckily I found a guy selling a pair of Yamaha cymbals in Carousell for just $100 for the pair. It was a bit dirty and scratchy so I cleaned it up with some leather wipes. I also had to open it up and re-wrire the sensors because Yamaha cymbals are not wired in a standard way where the bell, the rim are independently outputed. A small resistor had to be removed from the Yamaha cymbals to make it work with Roland modules or in this case the DDRUM DDTI trigger interface. 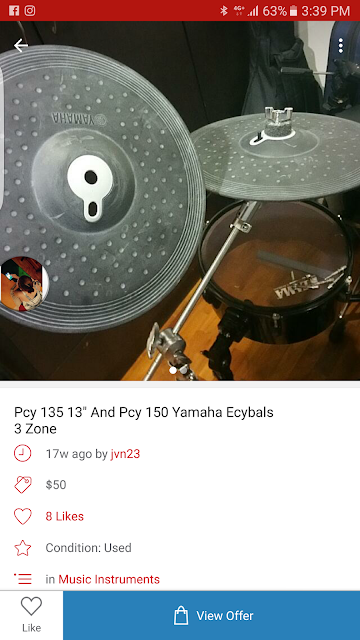 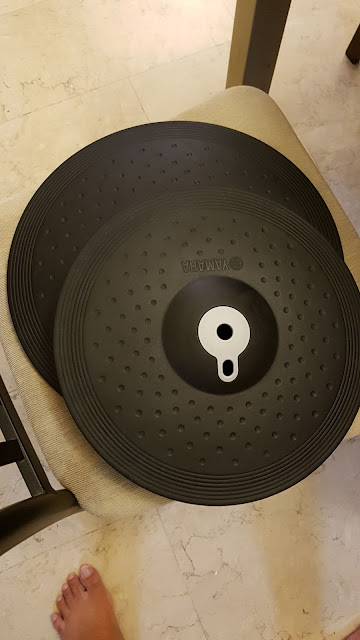 The last thing I upgraded was the pedals, I wanted a double pedal so I could play Metal. Duh!!! I found cheap Millenium pedals again from Thomann as well. It arrived in a box together with the trigger interface and It felt like Christmas. 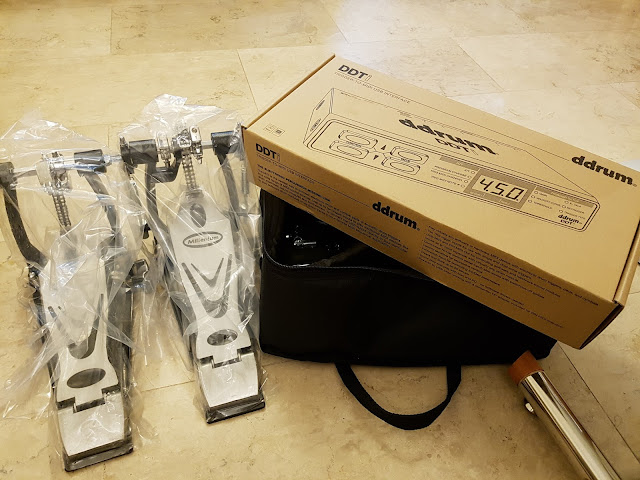 And finally after putting everything together, here's how it looks now. Isn't it cool? This electronic drum kit cost less than your iPhone. All the toms are 3D-printed.

Then to make it sound better I bought a basic license of ToonTrack Superior Drummer 2. This is the software instrument that is being controlled by the trigger interface and here's how it sounds in my test.